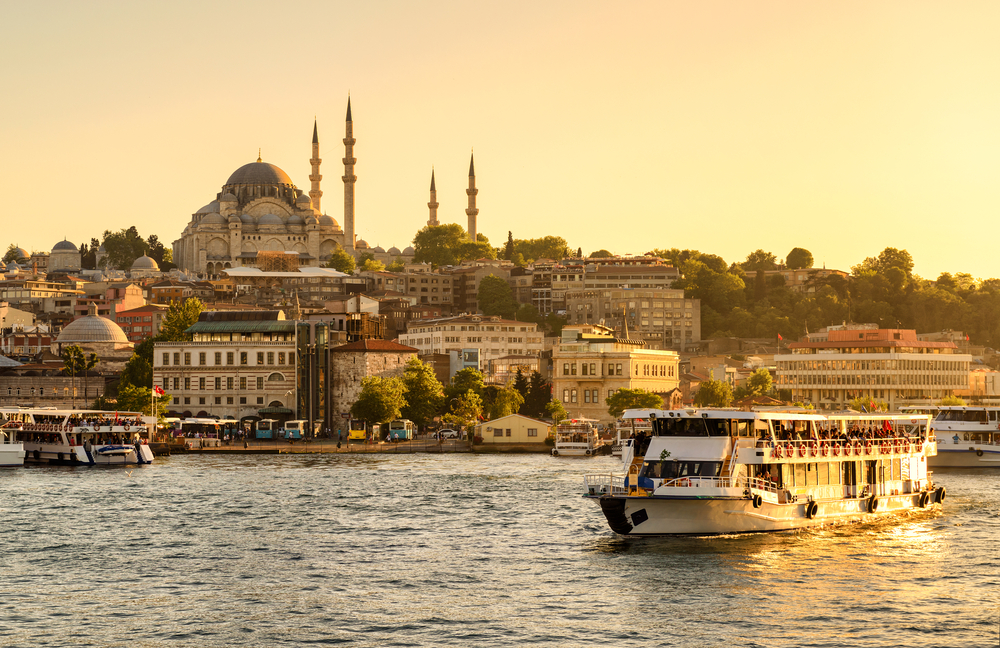 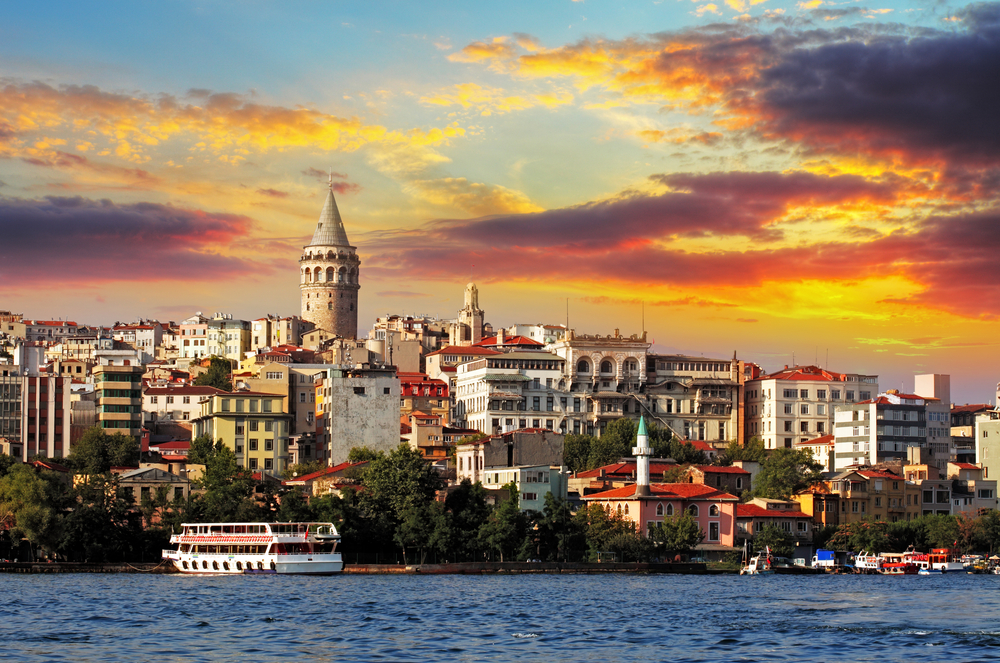 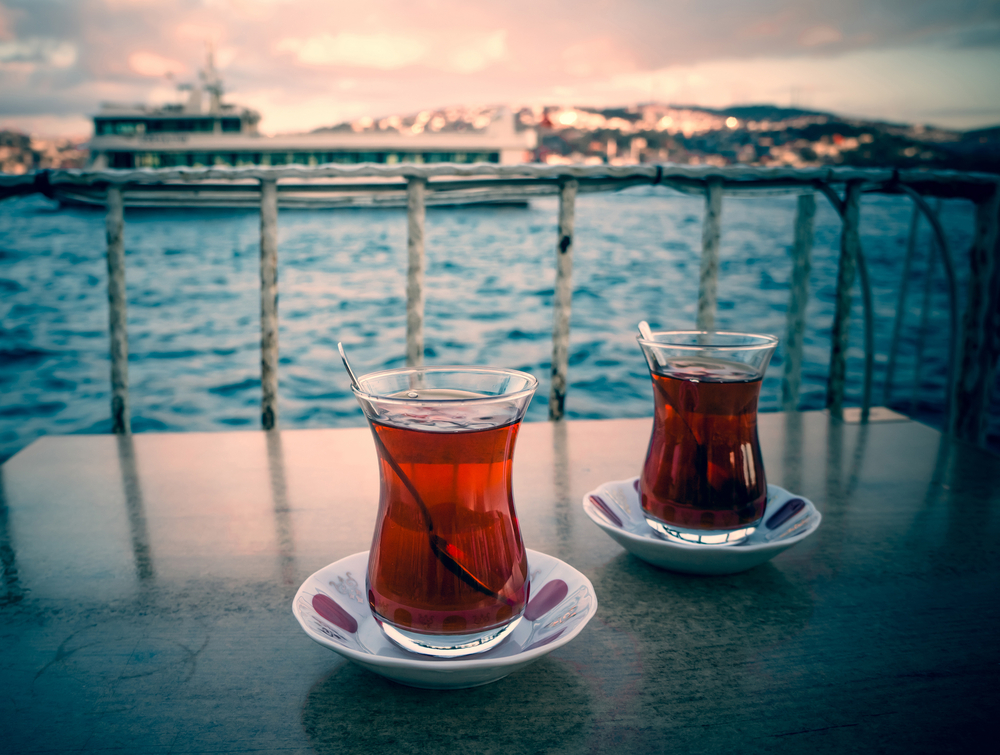 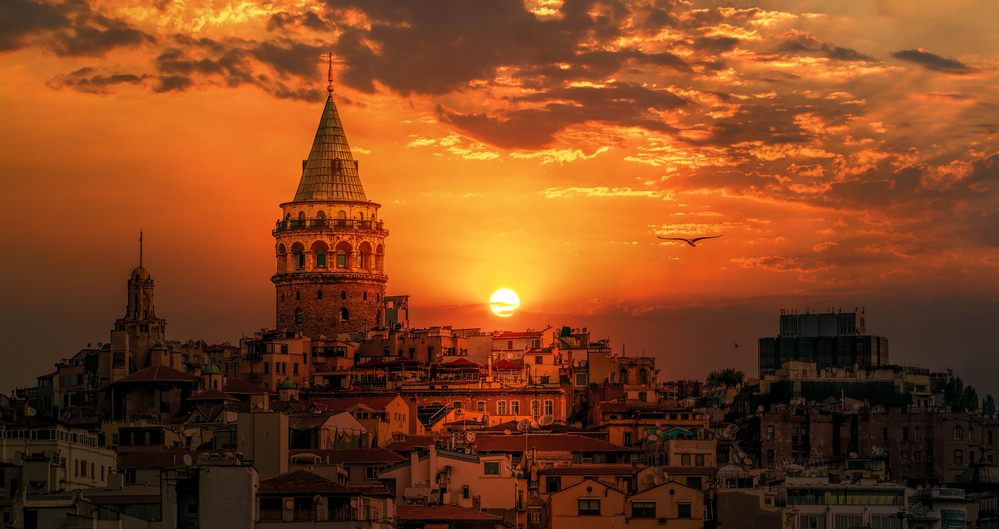 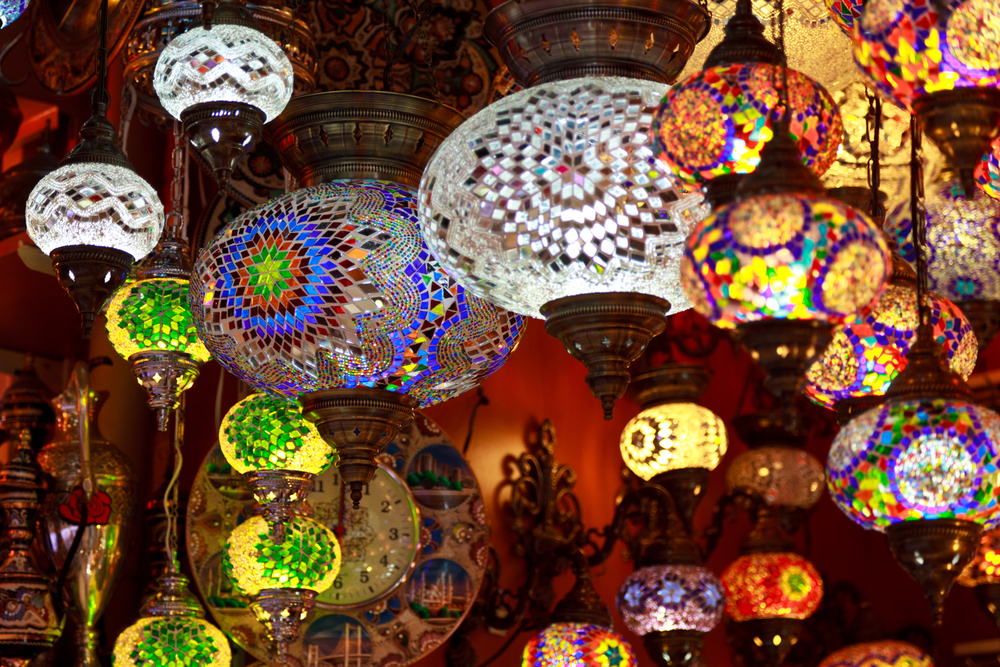 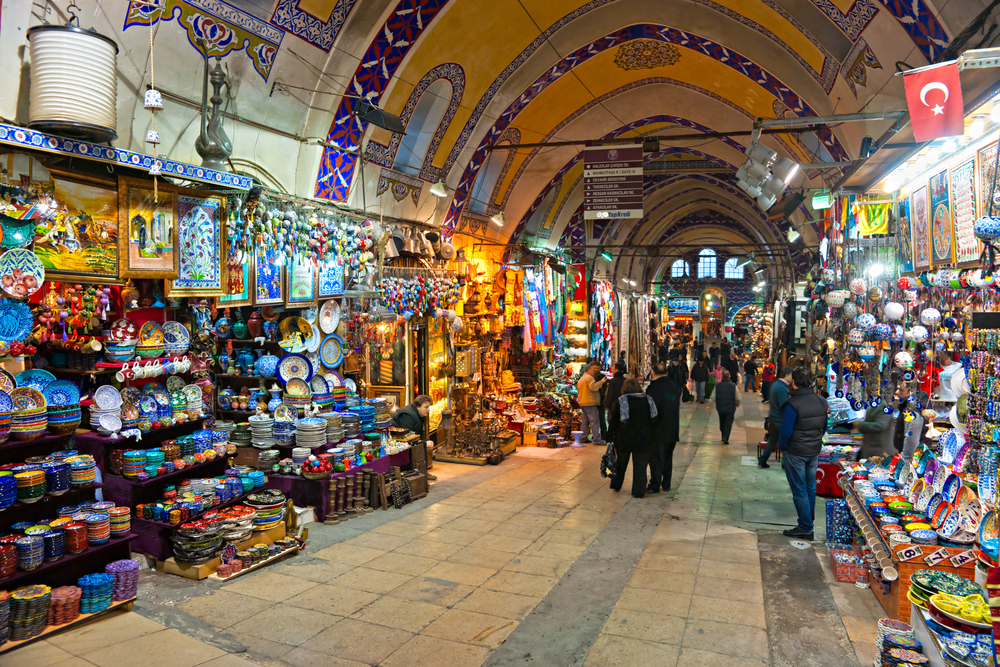 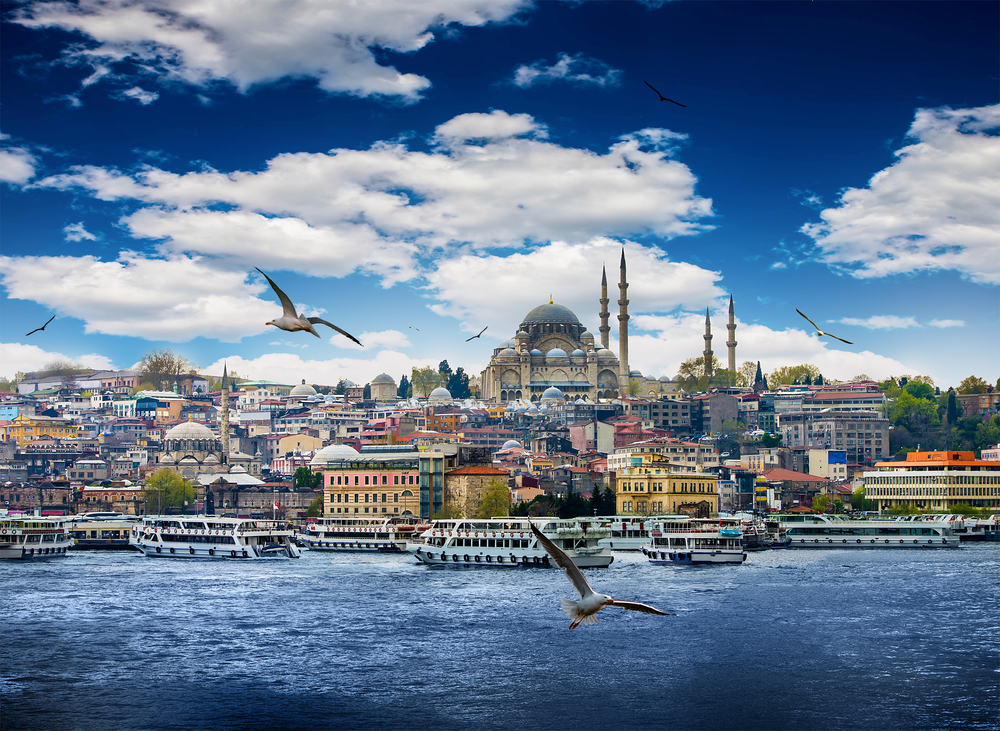 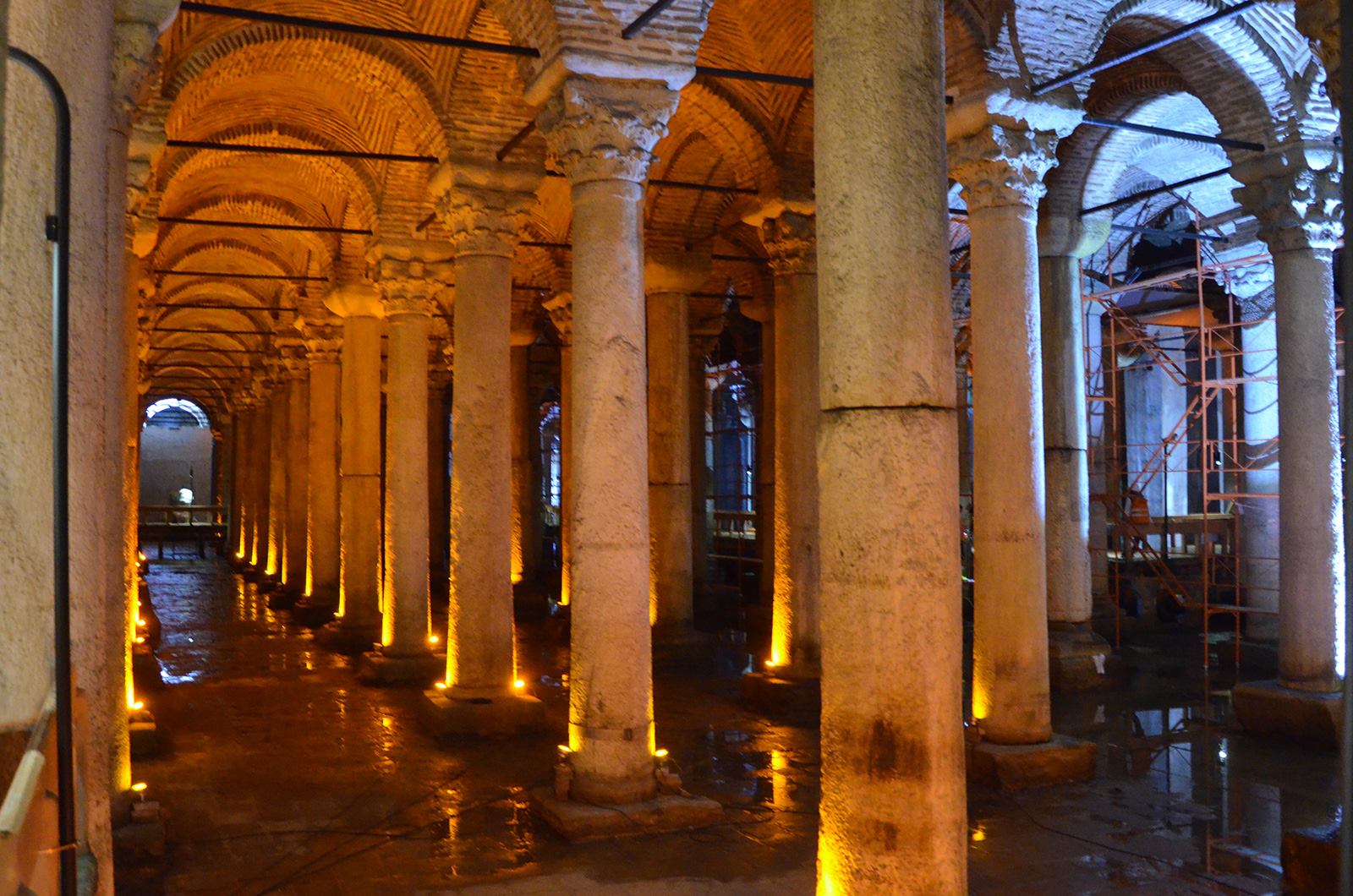 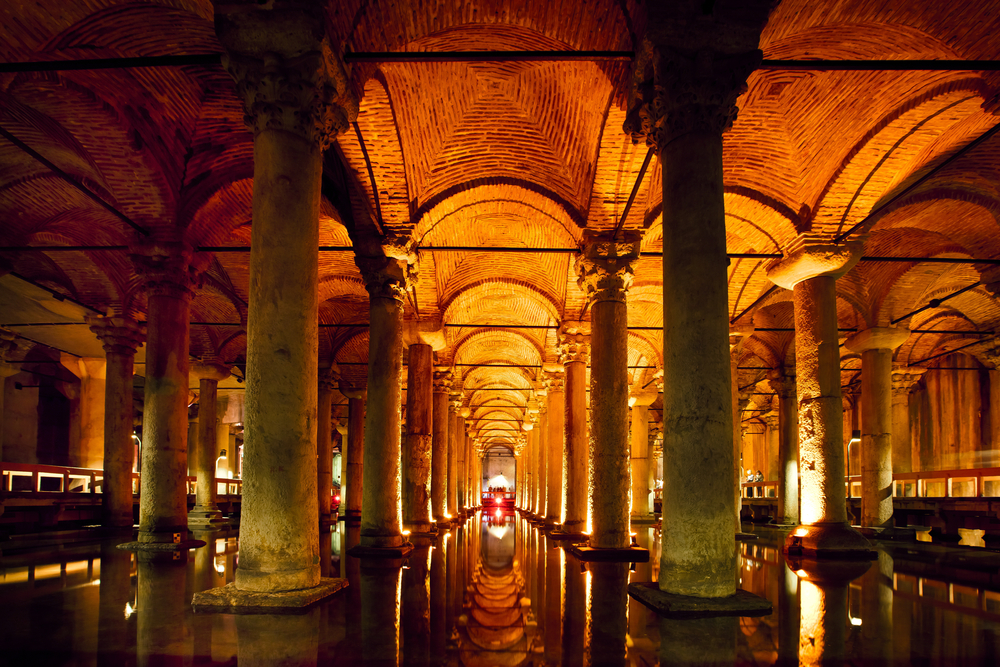 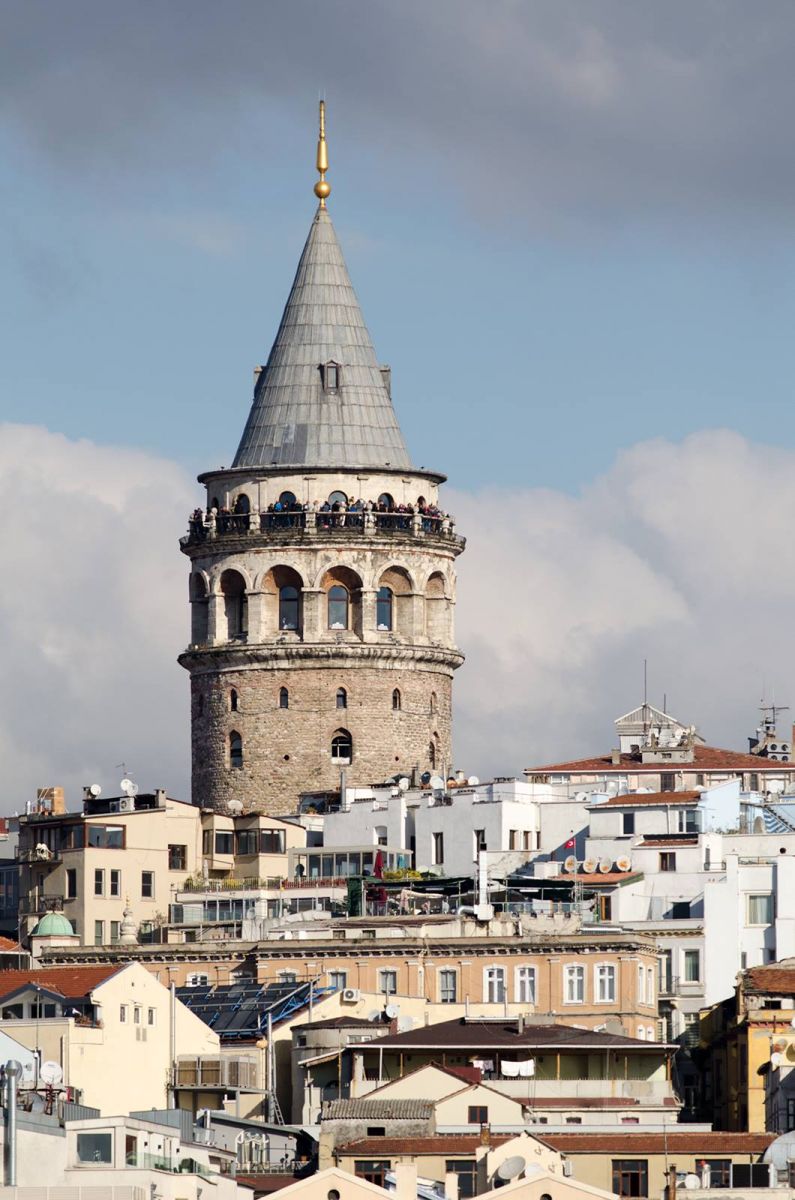 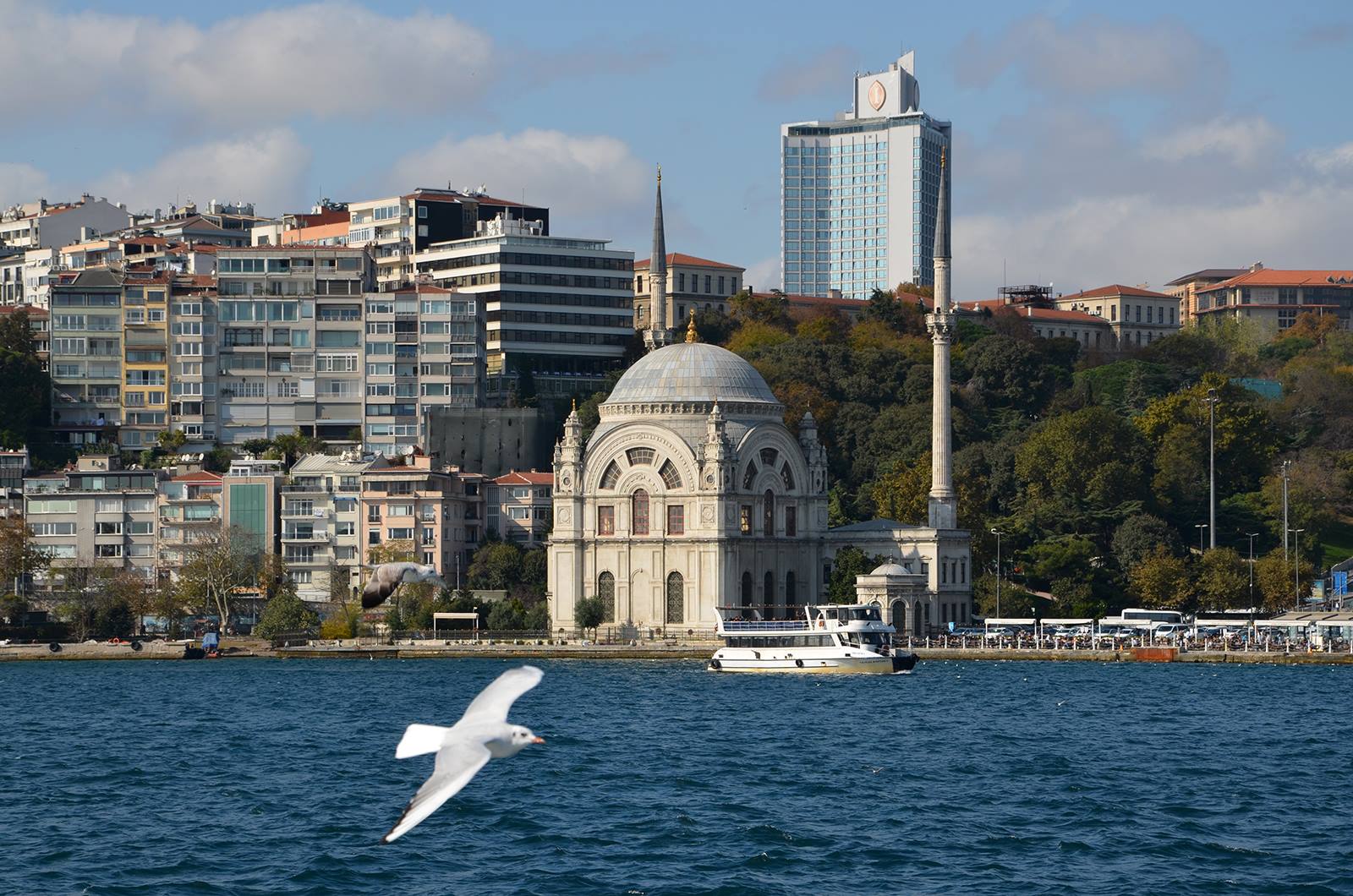 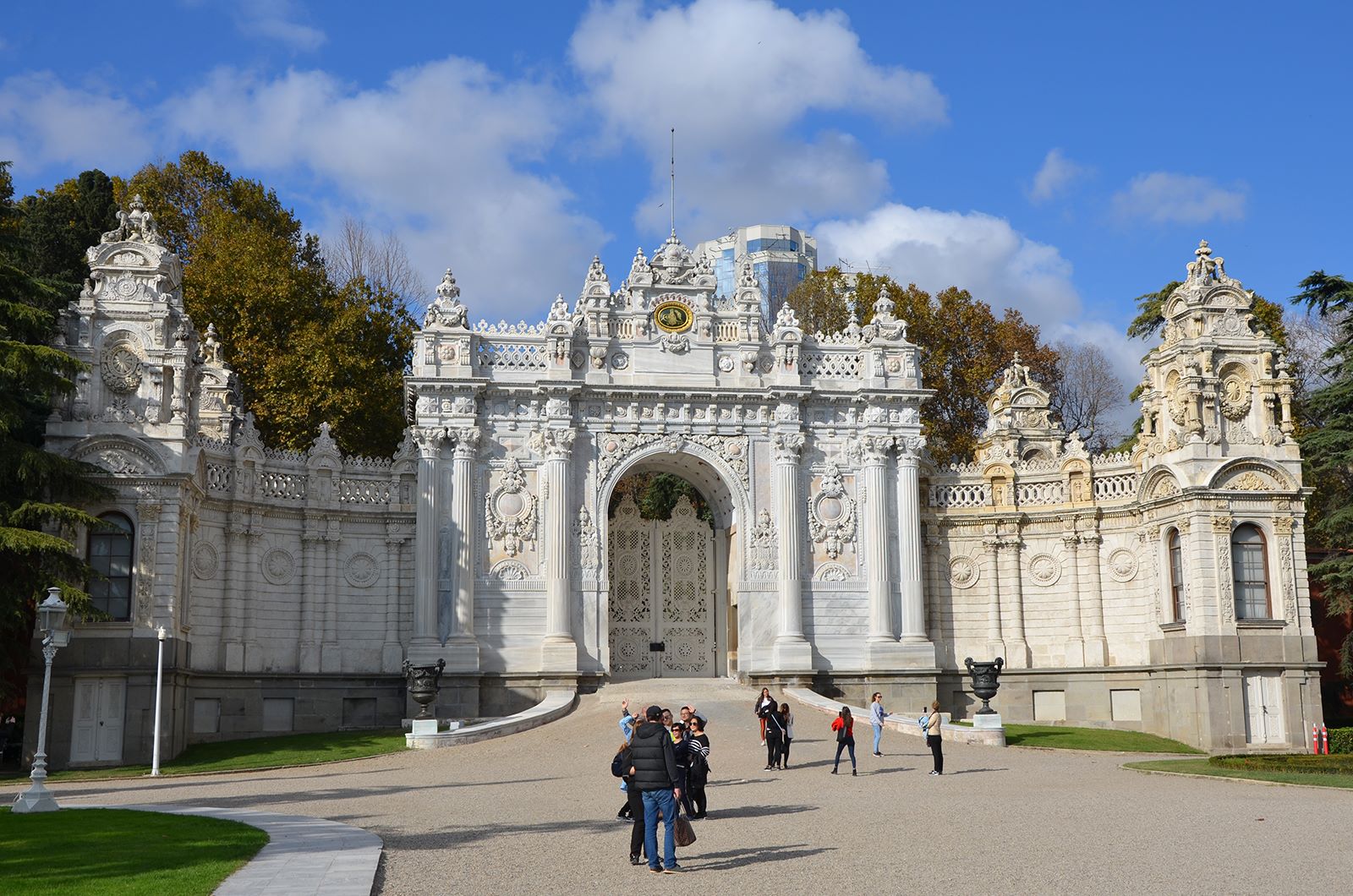 Group size
2-4 people
Season
All year
Duration
5 days
Departs
Monday
Starts
Istanbul
Ends
Istanbul
Countries
Turkey
Cities
Istanbul
Price
from £1,095
Reservation
View dates and prices
This 5-day tour is the perfect introduction to this fascinating city, allowing you to tour its sights at an unhurried pace. Before it became Istanbul, this was Constantinople, and before that, Byzantium. Straddling Europe and Asia, this captivating city is one of the most exciting city break destinations in the world, at once exotic and familiar. Its long history, rich cultural heritage and extraordinary physical geography will not disappoint.

Holiday Inn Sisli 4*,
Istanbul Located in the center of the city, very close to the business and entertainment centers of Istanbul, Holiday Inn Şişli Istanbul offers an excellent experience for tourists or businessmen. Wi-Fi and parking are available free of charge to all guests. All rooms have an elegant décor and in each room you can find an armchair, flat-screen satellite TV and a well-stocked minibar in the seating area, a desk and ironing facilities. Fitness centre is free of charge and includes indoor swimming pool, sauna and Turkish bath.

Sura Hagia Sophia 5*,
Istanbul Sura Hagia Sophia Hotel Istanbul is located at the best location in Istanbul, walking distance to all the important places in Sultanahmet. The hotel is designed in traditional Ottoman style and has an outdoor swimming pool and a peaceful botanic garden offering various flower species. Free WiFi is available throughout the property. All rooms are soundproofed for the most comfortable stay, have air conditioning, an LCD TV, a minibar and an electric kettle. The hotel's spa facilities offer a Turkish bath, sauna and massage sessions..

Sura Design Hotel 4*,
Istanbul Centrally located in Sultanahmet district, this design hotel features a palace-like interior and an outdoor pool set by the famous Hagia Sophia. Its modern rooms have decorative Ottoman motifs and free WiFi, offering a peaceful accommodation with soundproofing. Each floor at the hotel is designed in different accents with inspiring amber silver, gold and turquoise elements. All rooms feature air conditioning, an LCD TV, a minibar, an espresso machine and a kettle. The spa facilities offer a Turkish bath and a sauna.

Day 1
Transfer from the airport to the hotel
Today you’ll board your flight bound for Istanbul. On arrival at the city’s Ataturk Airport, you’ll be met and, once immigration formalities have been completed, transfer to your centrally located hotel. Overnight in Istanbul.
Day 2
Üsküdar and Kadıköy
It’s time to get acquainted with this fascinating city. After breakfast at the hotel, you’ll cross the Bosphorus to take a look at the Maiden Tower. This mediaeval gem perches on a rocky islet beside Istanbul’s Üsküdar neighbourhood and featured in the Bond movie “The World is Not Enough”. We’ll move on to the Kadıköy district, still on the Asian side of the city, for lunch. The views across the Sea of Marmara toward Sultanahmet are breathtaking. After lunch there’ll be a little free time to enable you to explore on foot or by vintage tram to and from Moda. We recommend you call in at confectioners Hacı Bekir Efendi; they’ve been making Turkish Delight here since 1777. Later, return to the European part of the city by ferry. Overnight in Istanbul. (Breakfast, Lunch)
Day 3
Eyüp and Beyoğlu
The Süleymaniye Mosque is one of the largest mosques in Istanbul, built by Süleyman the Magnificent during his 16th century reign. Today, this is where we begin our sightseeing programme before enjoying the ride by cable car up the hill to the Pierre Loti café. Named after a French writer, the views over the Golden Horn from its shady terrace are a real treat. Next, you’ll visit the Eyüp Sultan Mosque and Tomb. Learn why it means so much to the faithful as the city’s oldest mosque and final resting place of Abu Ayyub al-Ansari, the right-hand man of the Prophet Muḥammad. After lunch, it’s time to discover a more modern side to Istanbul. We’ll concentrate on the area once called Pera, around Taksim Square and Istiklal Street, one of the liveliest in the city and known for its many shops, restaurants and bars. Don’t miss the ornate architecture of the Çiçek Pasajı while you’re there. Overnight in Istanbul. (Breakfast, Lunch)
Day 4
Visit to Topkapi Palace
Visit to Hagia Sophia
Visit to Blue Mosque
Visit Grand Bazaar
On the itinerary today is the beautiful Topkapi Palace, which occupies a commanding spot on the promontory overlooking the Golden Horn and the Bosphorus. Once, this sprawling palace was home to the Ottoman Sultans. We’ll allow plenty of time to do justice to the harem’s quarters, kitchen and gardens before moving on to nearby Hagia Sophia. In its long history, this imposing building has been a church, a mosque and a museum. Our third stop is equally magnificent: the stunning Blue Mosque, famed for the blue Iznik tiles which lend the place its name. Afterwards, we will stroll through Sultanahmet Square and have lunch at a nearby restaurant; if there’s time, you could squeeze in a visit to the atmospheric Basilica Cistern. The afternoon is devoted to the Grand Bazaar. Shop for handicrafts and more at this historic covered market. Overnight in Istanbul. (Breakfast, Lunch)
Day 5
Visit Egyptian Market
Bosphorus Cruise
Transfer from the hotel to the airport
Today’s your final day in Istanbul. Before you depart, pay a visit to the Egyptian Bazaar, also referred to as the Spice Market, which has delighted foodies since it opened in the 17th century. It’s conveniently located close to the Bosphorus, and you’ll end your trip taking a relaxing cruise up this iconic waterway. It’s flanked by palaces and gardens - highlights include the gorgeous Dolmabahçe Palace and the Ciragan Palace, now the Kempinski Hotel. It’s the perfect end to your trip. Disembark and transfer to the airport for your flight home. (Breakfast)
show full description hide full description
Dates and prices
Please read notes at the bottom of the table to learn more about the meaning of each pricing section
Travel package
Comfort - 3*
Year of travel
2022

See what our clients say about our company
We are very happy to have served thousands of happy customers who travelled with us.
Very impressed by the guides and itinerary
Eleanor Watkins
November 2020
We had wonderful guides and drivers. Everything with transfers worked great! Maybe I would use you again, after I rest up a bit after this trip!!!
Molly Manning
September 2019
Especially good- reliability, guides, flawless organisation, promptness of all staff
Freya Vaughan
July 2019
The transfers were excellent, the accommodation was superb, we had a wonderful time, thank you.
Samantha O'Brien
July 2019
Enough free time to explore on our own. Having the guides available for any help we needed. All guides spoke English very well. The places we toured were fabulous. Way beyond our expectations.
Abby Andrews
June 2019
Fantastic knowledge of the guides, made the trip much more enjoyable.
Holly Poole
July 2019
<>
Our customers speak
Tour Route
Your trip route visualisation
Alternative Tours
These itineraries are designed to give you some suggestions for what is possible when you travel with Best of Caucasus
<> 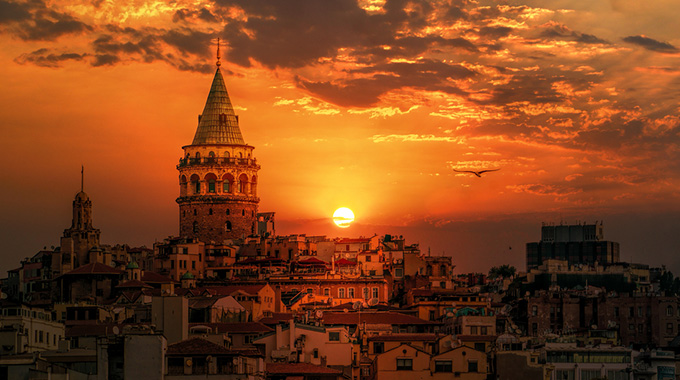 Short Break in Istanbul - 3 days (TR-01) 3 days | cities, from: £595 This three-day break in Istanbul offers the chance to explore a city founded in 660BC and rich in history. Founded as Byzantium, renamed Constantinople and finally Istanbul, this fascinating place straddles the... 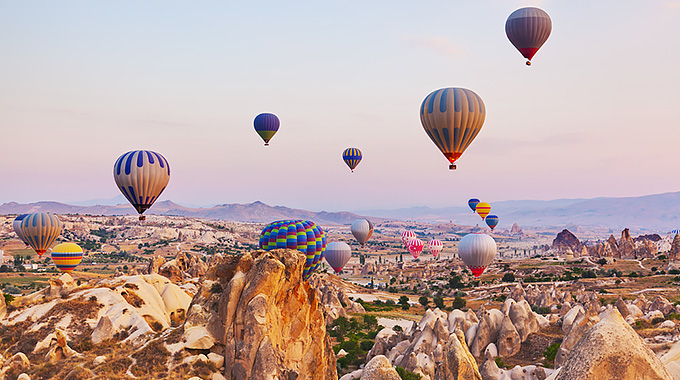 Short Break in Istanbul with a Visit to Cappadocia - 6 days (TR-02) 6 days | cities, from: £945 This six day holiday combines the ancient city of Istanbul with the natural beauty of Cappadocia. Beginning in Istanbul at the crossroads between Europe and Asia, you’ll visit bucket list worthy sites suc... 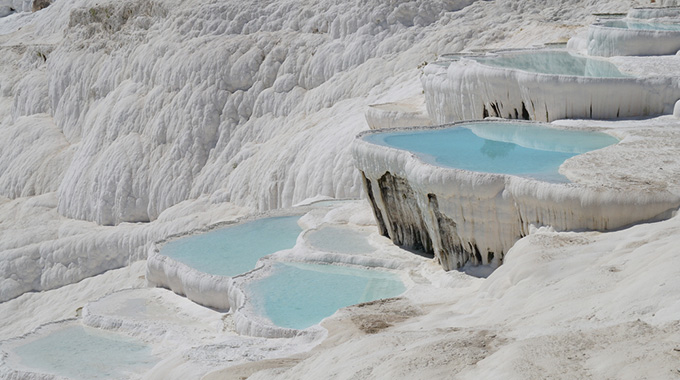 Classical Turkey Tour - 8 days (TR-03) 8 days | cities, from: £2,695 This 8 day tour is an ideal introduction to Turkey. It showcases the history and cultural heritage of some of the country’s most important sites, including the captivating city of Istanbul, an ancient car... 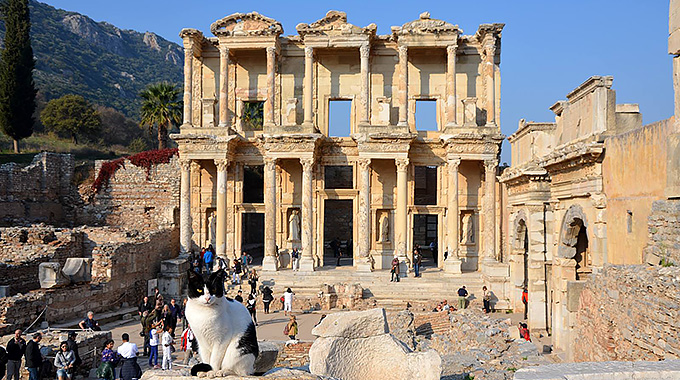 Best of Turkey Tour - 13 days (TR-05) 13 days | cities, from: £3,495 This 13 day tour offers a comprehensive itinerary for those keen to see Turkey in depth. Combining the cosmopolitan city of Istanbul with many of Turkey’s historic treasures, it provides the opportunity l... 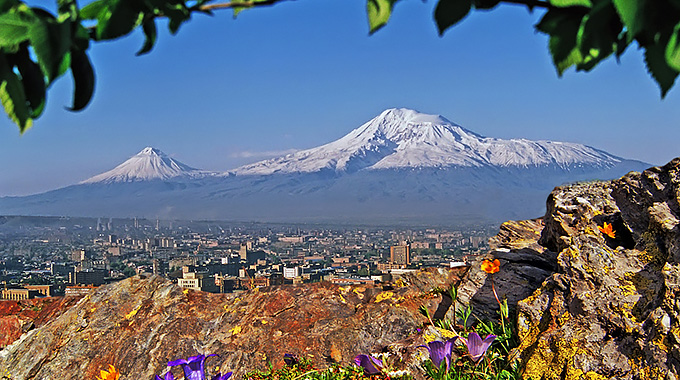 Highlights of Armenia - 5 days (AM-01) 5 days | cities, from: £945 This short introductory tour packs a lot into five days. You’ll enjoy Armenia in microcosm, visiting several of its UNESCO World Heritage sites, including the breathtaking Khor Virap and Noravank monaster... 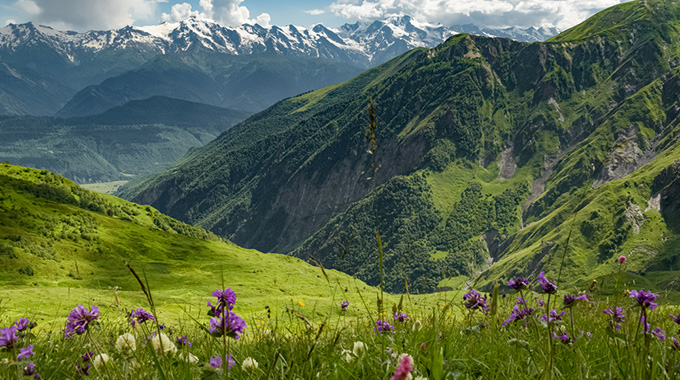 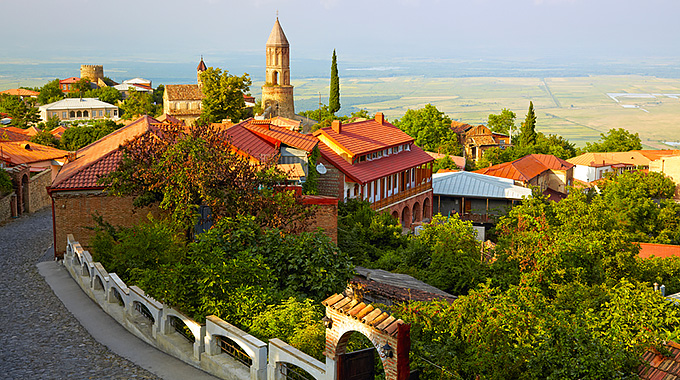 Great Georgian Discovery - 11 days (GE-03) 11 days | cities, from: £1,695 This comprehensive 11 day tour gives you the opportunity to really get to know Georgia, its breathtaking landscapes and its friendly people. The Caucasus Mountains provide a stunning backdrop as we travel along...